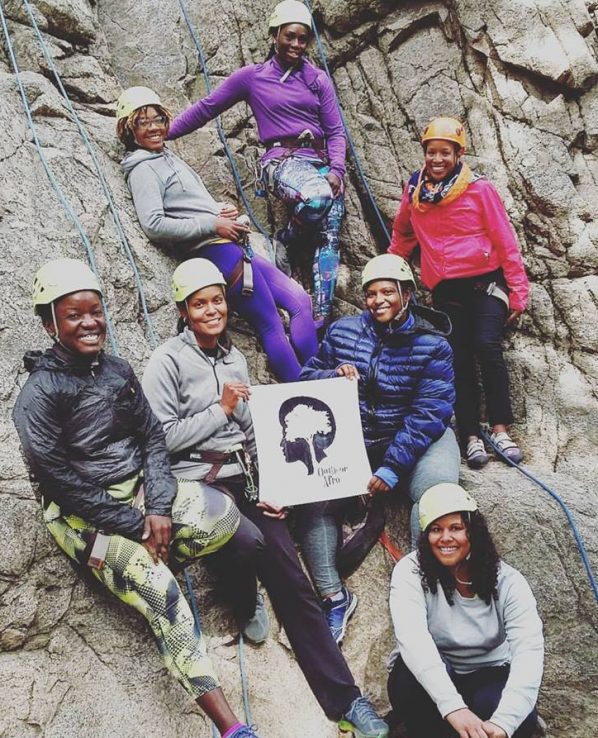 Learning to Trust My Feet

Trust your feet, they said.

Nope, I thought. Not on that tiny lip of rock that looked like the only surface within a mile of my next good foothold. How in the world was I supposed to balance my weight there? Just. No.

‘Trust your feet.’ It was one of those new-agey granola phrases like ‘get in your body’ and ‘ground yourself’ that never made sense to me. 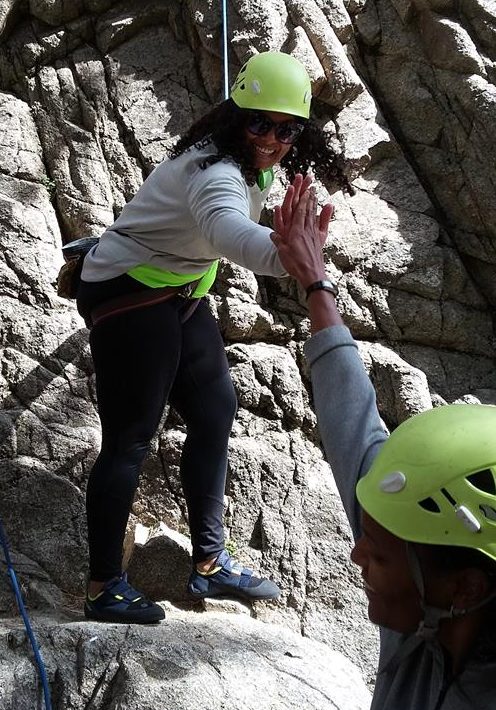 I was new to climbing, and up to that point, the sport had been more about feats of daring and bravado on the rocks than challenging the limits of my comfort zone—even if those limits meant all I could do was get in the harness. Remember that opening scene in one of the Mission Impossible movies, where Tom Cruise was rock climbing at the top of the world, no one around for miles—no ropes, no guides, just him, his chalk bag, great hair, and will? It seemed epic, the stuff of Hollywood and legend, or at least it was the stuff of rich white people. That’s the other thing rock climbing had always been to me: exclusive, remote, white, male—an insider’s club for the well-connected. In the advertising, in the outdoors, and until very recently, in my mind.

As a life-long runner and active person, climbing wasn’t something I’d ever considered for myself. I’d been fine to run and hike and bike when it was warm and even spike my way along mountain trails in winter. Then one day, a friend invited me to a climbing gym. She showed me the ropes and it wasn’t at all what I expected. No movie set, no Tom Cruise, though nearly everyone bore a resemblance to him. Even my friend. Still, simply walking through the door had peeled away a layer of mystery for me. After years of seeing the sport from a distance, I was in—I’d somehow breached an invisible wall, suddenly cast in my own Mission Impossible. 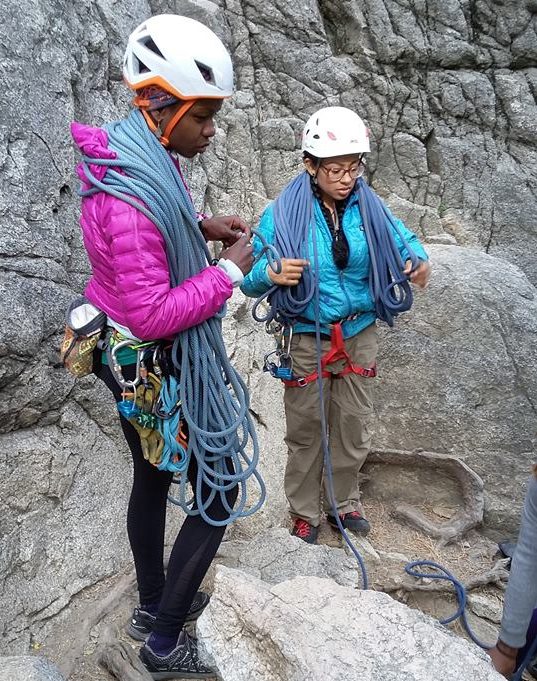 If you can’t find it, found it’

When I moved to Boulder in 2009, I was one of just three people I knew in the state. I’d come from the multicultural heart of Chicago and was surprised to find the black and brown population hovered around 1% in that Colorado town. There’s a lot to be said for seeing oneself reflected in one’s environment, and I hadn’t fully appreciated that fact until I no longer had the luxury of living it. So, finding community with people who looked like me was critical. It was also difficult. I recalled the advice of a past mentor who once said, ‘If you can’t find it, found it.’ Three years later, Black Women’s Alliance was born.

As it turned out, I wasn’t the only one looking for ways to connect with women who looked like me, women who craved safe spaces to breathe and be, women who tired under the weight of always being the only one at work and social gatherings. Another thing we wanted was to experience a range of new adventures together. Speaking of new adventures, it wasn’t long before I learned about Outdoor Afro, which is a national organization created to help reconnect black people with a love of nature. Becoming a leader made perfect sense, since I loved nature and lived to facilitate amazing experiences for people with shared interests.

If there’s one thing about Colorado outdoor enthusiasts and our groups, it’s this: our circles are tighter than we think, and our networks overlap in surprisingly wonderful ways. Here’s where Women’s Wilderness comes in.

Our groups shared goals of creating life-affirming adventures that empowered women and girls by offering them real-life experiences that translated from the outdoors into daily life. The staff seemed as excited as I was to collaborate, and it made for an incredible Intro to Climbing event this past summer. 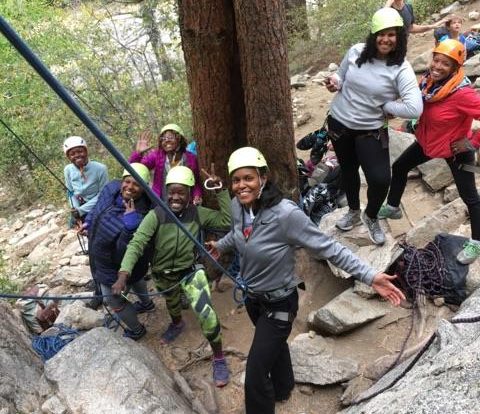 When we gathered in the parking lot that morning, Shanla revealed that she’d come because she was afraid of heights and wanted to conquer her fear head-on. Rita admitted she’d considered turning back, but thought better of it. Besides, she said, lots of people assumed that because she wasn’t stick-thin, she couldn’t live an active lifestyle nor be so bold as to hike and rock climb. Rita and the rest of the women in attendance defied any voices of doubt that day and they left feeling seen, heard, and supported, not just in their boldness, but in their vulnerability too.

Because this is real life, our adventure wasn’t without its challenges. There were individual and collective moments that forced us all to examine privilege, racism, and prejudice and our responses to them. Each of us was called to push past our resistance, and to bring ourselves back from the ledges of anger, pain, frustration. It’s not the stuff of Hollywood, but it’s the adventure of everyday life.

At the end of the day, we celebrated our achievements and the new connections we’d made. Anjoli said it was the sense of sisterhood and bonding during our excursion that made it such an uplifting experience. I’d agree. We’re already looking forward to our next time out with Women’s Wilderness and creating more epic memories together.

Kriste Peoples is a writer, outdoor enthusiast, and speaker who thrives in Colorado. She’s often spotted on mountain trails, running and pointing excitedly at park maps while coaching adventurous souls around the next turn. By day, she’s a producer and works at another of her passions: making the world better than she found it. You can find her on Instagram too.